Photography and Me (so far) 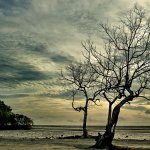 I’m far from the likes of Ben Stirton or Joe McNally but I thought I’ve progressed significantly enough from where I was before. Photography has become my passion and if my memory serves me right, I’ve never experienced anything so gratifying like Photography long enough to even call it a hobby.

Fortunately the fateful day came when the Shutterbug crawled up on me a gave me a good bite. For years, part of my work had to deal with me having to take pictures for the sake of describing stuff to bosses and colleagues but was never meant for appreciation but a mere tool. The photos I took then were far from anything you might associate with creative photography. There was simply nothing creative about it.

At the time when everyone seem to be eyeing DSLRs I was content to just asking how much they were and learning about how much they cost made me more comfortable that I’m never going to afford to jump on the same wagon. Eventually a fortunate windfall came my way and I had a chance to buy my own camera.

My first camera was a Lumix FZ40. The circumstances why I ended up buying that instead of a DSLR was because of some smart-talking vendor in Hongkong that brainwashed me into believing that a Bridge Camera was better than a DSLR. The Lumix by the way cost me more than a Nikon D3000 that I was eye-ing at the time. I bought the camera in Hongkong by the way, the excitement of going through Disneyland and Ocean Park with no camera justified my urge that it is time for me to venture out into this field.

That was one of my first snaps with the Lumix. There was definitely no clear subject and the technical aspect of using the camera was definitely off. Of course, nothing against the Lumix as I realized that it is by itself a very capable camera and it is indeed true that the person taking the photo makes the most difference and not the camera.

The Hongkong trip was just the start, soon I found myself bringing the camera along whenever I had the chance and eventually as most Photography hobbyists are guilty of, the camera became the reason why I had to go out and we were inseparable. I never was so engrossed in Phtography like anything else before. I was reading a lot of material learning at the same time experimenting. I was Figuring out stuff like Aperture, Shutter Speed, Depth of Field, Composition, Framing and the rest of the lot. It didn’t take me long enough to outgrow the Lumix and I finally bought my first DSLR. 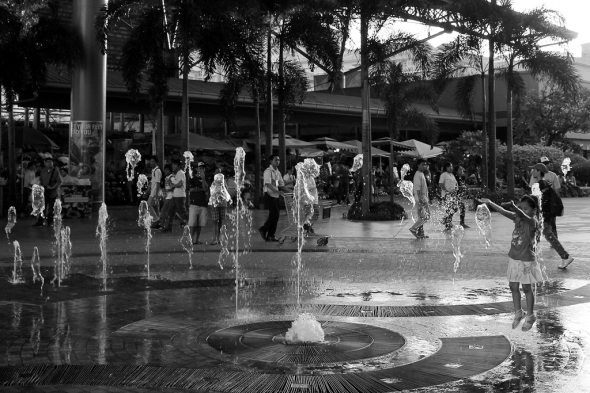 The photo above was taken the day after I bought my first DSLR. It was a Canon EOS 550D which was a widely appreciated DSLR for beginners. That camera did a lot to further stimulate my development. As you can see, I learned to look for my subject, I knew how color or the absence of it can do a lot in isolating interest and most importantly to look for the right opportunity. There still was a lot of room for improvement.

Then there comes a phase when every Photographer feels that he need another lens. Sad to say that is also the bane of getting into Photography as it really is one the expensive hobbies out there. Lens, filters, off-camera flash, tripods and more filters. The list can go on and after you tire out of one addition you will find another reason why you need some more.

Eventually I ended up with a Nikon D7000 and it has been my camera ever since. The reason why I enjoyed the camera more than the previous ones was because it was so easy to use and all the settings you need to make can done on the go. I remember when I was using my EOS550D, my wife which was my girlfriend back then often suffered from facial cramps having to smile for extended periods as I fiddle out how to change settings in my camera. This always ended up as a hilarious scene for both of us as I get mocked for being the hobbyist that I was and then I get even by coming up with a photo of my wife with a smirk far from the optimistic smile she began with.

My D7000 was with me all the time and it felt like I couldn’t care less for other things beside taking photos which makes me wonder if it was a normal thing that photographers go through or it was just me.

A few more trips followed and I was really getting the hang of it and I was starting to get some admiration from others already. I thought that was it but then I somehow reached the point when I started to feel stress which was not supposed to be. I soon realized that all the beautiful places I’ve been  to despite sucessfully getting good photos left me empty. My satisfying my Photography but I wasn’t enjoying my travels. I had to strike a balance in enjoying what was around me and my Photography because sooner or later I will burn myself out.

One good example is when you go on a vacation and you see different people all with cameras varying from point and shoots to pro level DSLRs and you wonder, who had fun the most? Was it the person with the fancy camera or the one who was just content snapping away with his cellphone’s camera. It’s hard to tell just as it is but for sure the person who will enjoy it most will be the one who was able to look around to see the clouds and notice how the trees swayed with the wind, how the children laughed and played, how the barbecue was cooking and how it reminds you of the place afterwards.

I have a long way to go and I’m not worried how long it takes. I am content that I am having fun and I have my camera right where it should be…just beside me and not in front of me. 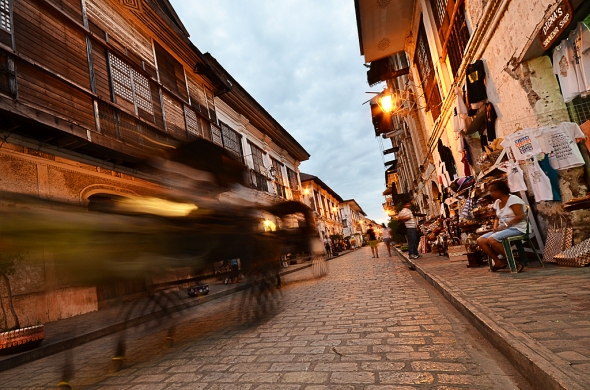 Where we’ve been so far:

My Lakbayan grade is C!

How much of the Philippines have you visited?